The book that inspired our film; Punishment Without Crime offers an urgent new interpretation of inequality and injustice in America by examining the paradigmatic American offense: the lowly misdemeanor. Based on extensive original research, legal scholar Alexandra Natapoff reveals the inner workings of a massive petty offense system that produces over 13 million cases each year. People arrested for minor crimes are swept through courts where defendants often lack lawyers, judges process cases in mere minutes, and nearly everyone pleads guilty. This misdemeanor machine starts punishing people long before they are convicted; it punishes the innocent; and it punishes conduct that never should have been a crime. As a result, vast numbers of Americans — most of them poor and people of color — are stigmatized as criminals, impoverished through fines and fees, and stripped of drivers’ licenses, jobs, and housing. 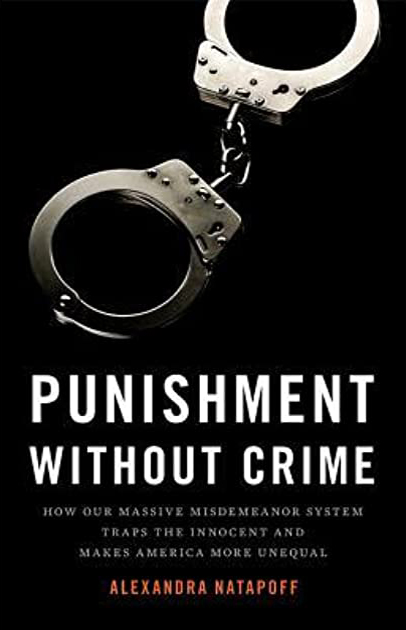 A Publishers Weekly Best Book of 2018

For too long, misdemeanors have been ignored. But they are crucial to understanding our punitive criminal system and our widening economic and racial divides.